We have had the most amazing Science Week!

Class 1 worked together to make their own volcanoes by burying a bottle (with it's bottom cut off) upside down into a mound of sand, then mixing together vinegar, bicarbonate of soda and red food colouring inside it to make an explosion! One group went further to see what happened if you added washing up liquid - this caused a slower and longer eruption. The rest of the class discovered, in order to make the fastest eruption, you needed to add more bicarbonate of soda. 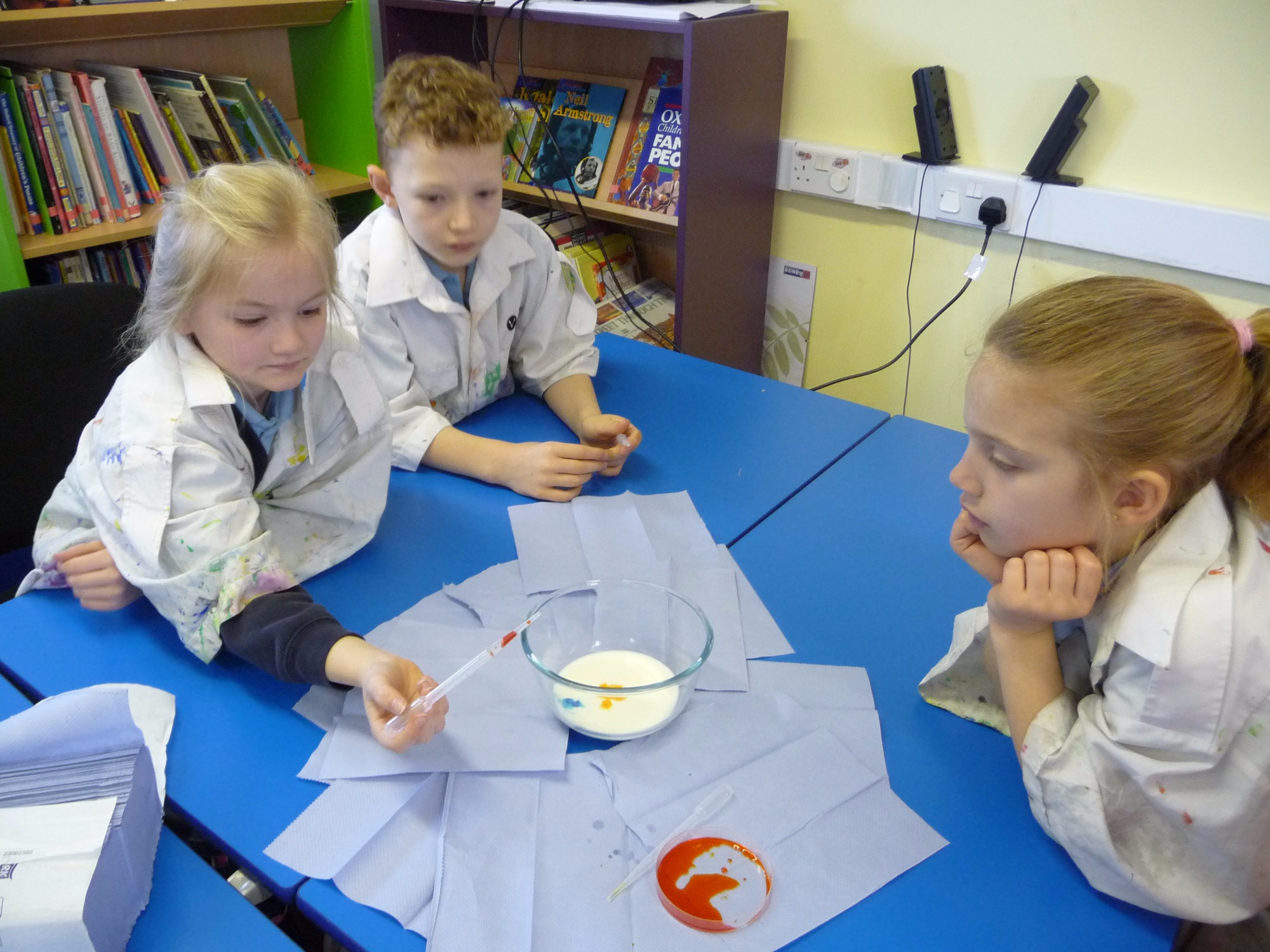 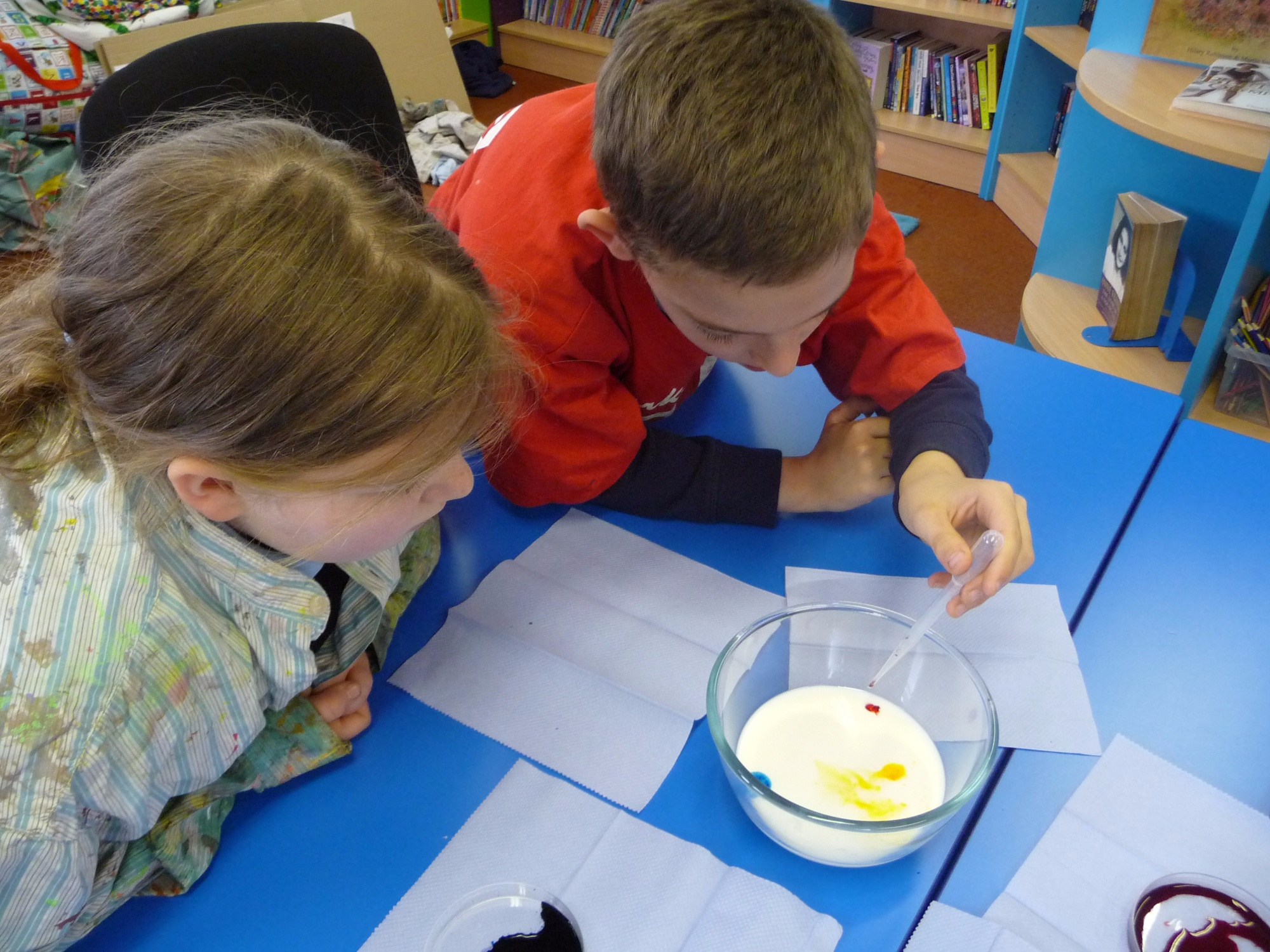 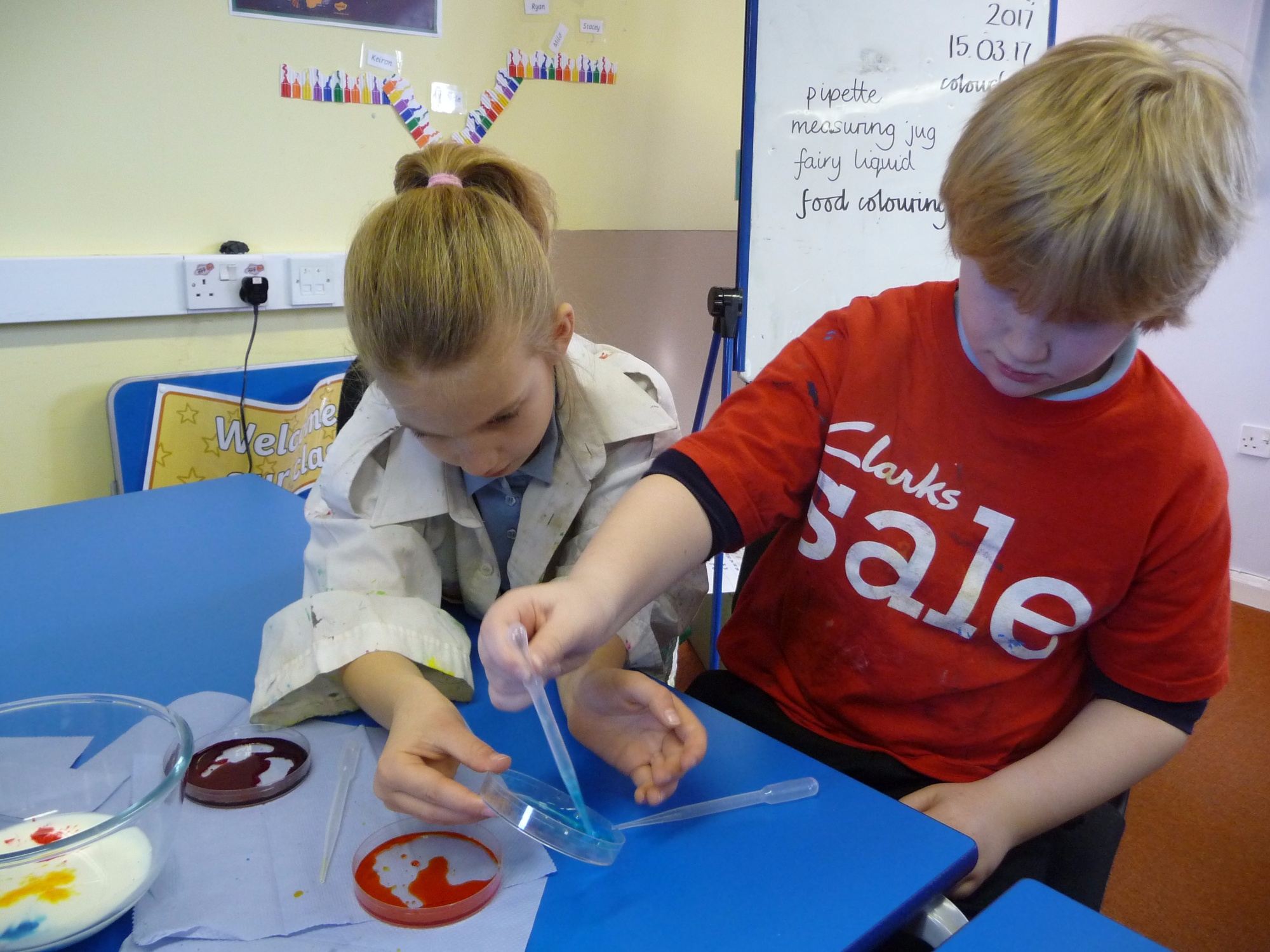 Year 4 found out about the particles of solids, liquids and gases by pretending to be particles heated by a hairdryer! They also took part in an investigation into how a mixture of alkaline and acid substances produced a gas that filled up some balloons. The gas was Carbon Dioxide. 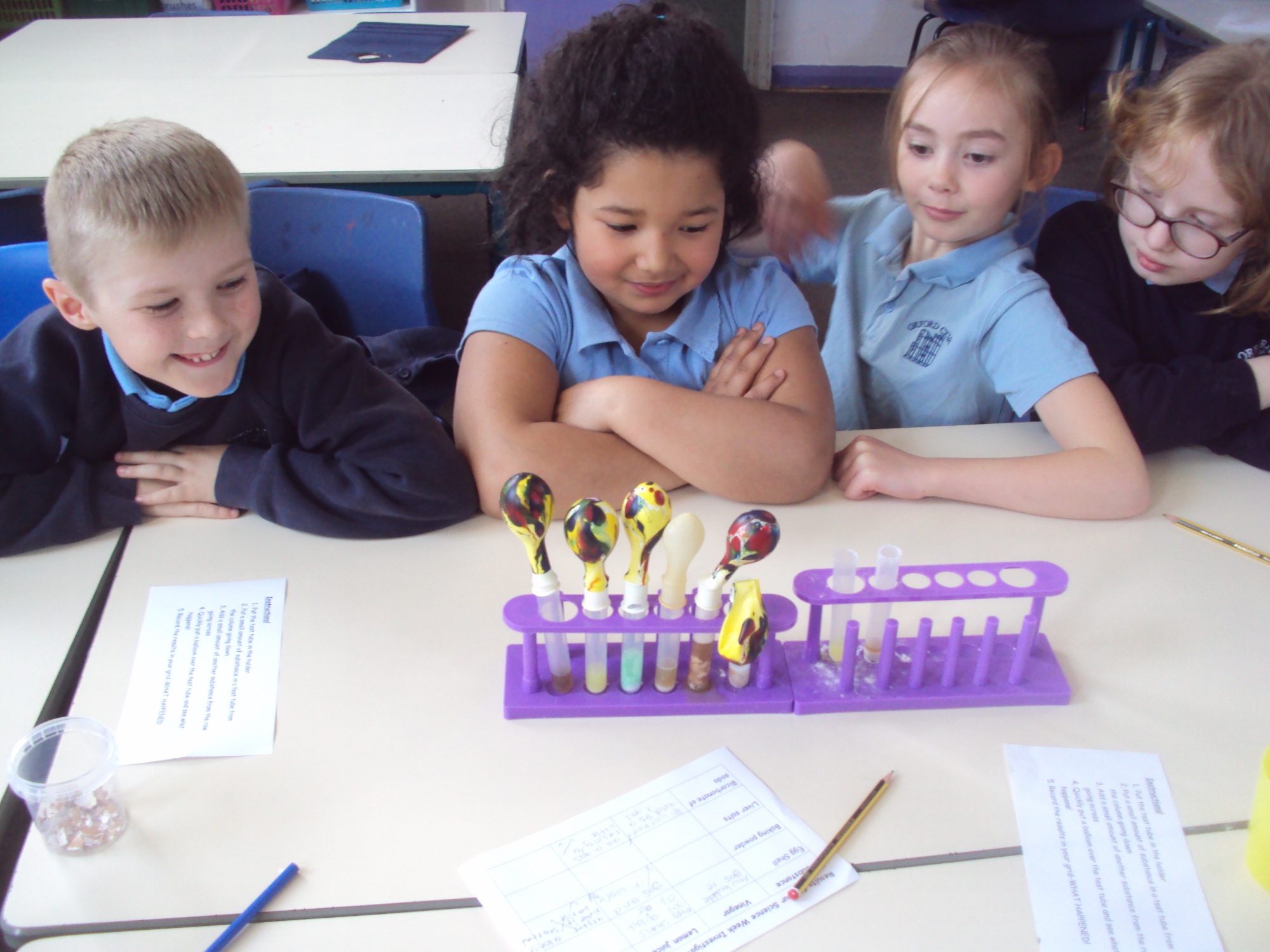 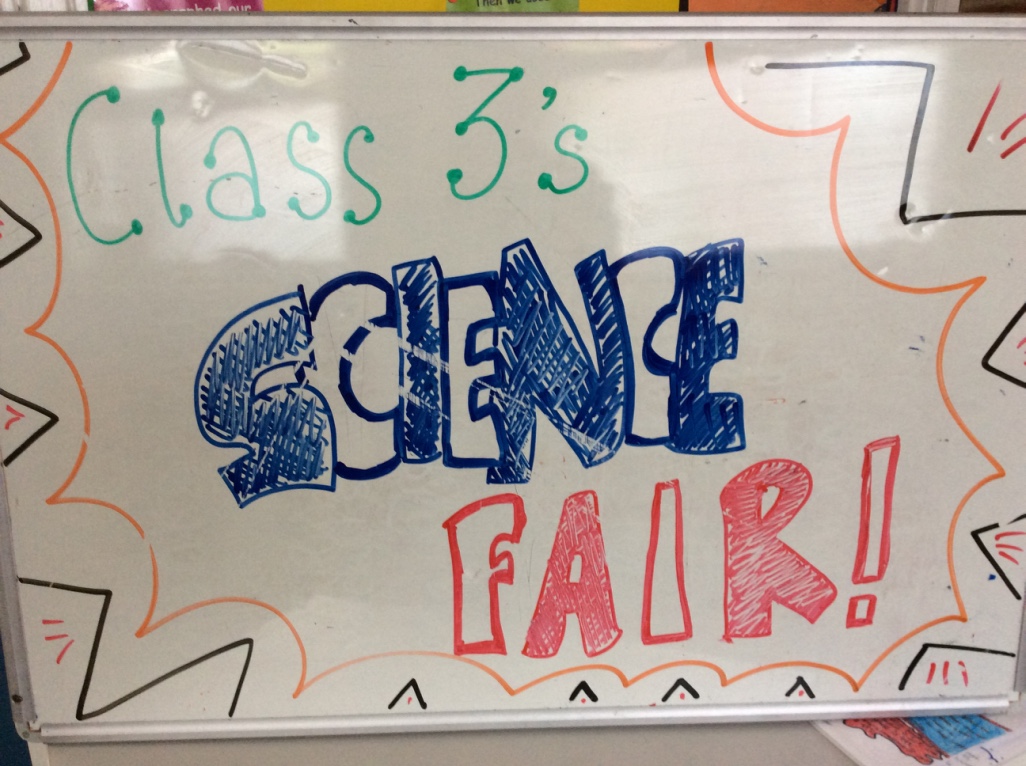 Class 3 learnt about energy and how it cannot be destroyed or made, but instead transfers 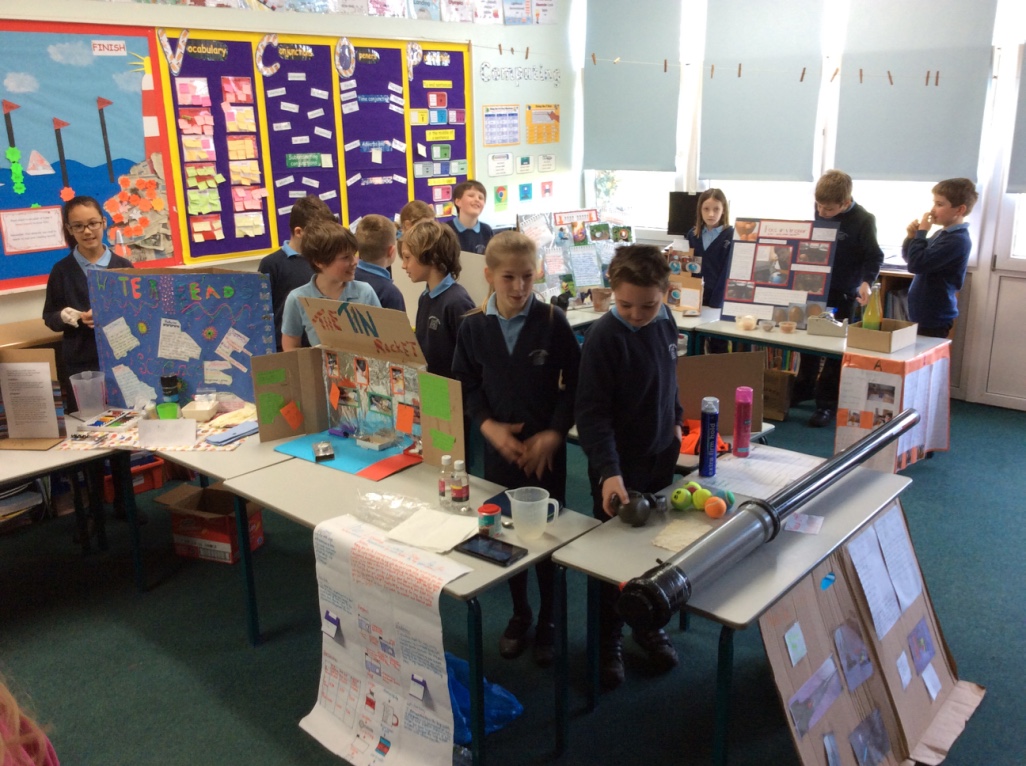 to a different type. They explored this by making their own wind up cars, where elastic potential energy was supposed to transform to kinetic/moving energy... but only a few people got their cars working! Oh well - Science is full of experiments that don't always work the first time! They also hosted their BEST EVER science fair on Tuesday -  the write up is on their class page.

The whole school spent Wednesday afternoon mixing vinegar (an acid) with liquid latex and food colouring to make our own bouncy balls!! Each team of bouncy ball boffins had to decide on which size bouncy ball would work the best and what ratio of latex to vinegar would create the most bounces. The teams then chose their most promising creation and dropped it off the top of the fort - the number of bounces ranged from 3-8 but our winning team was Anskar, Tom, Lewis and Ella - well done! 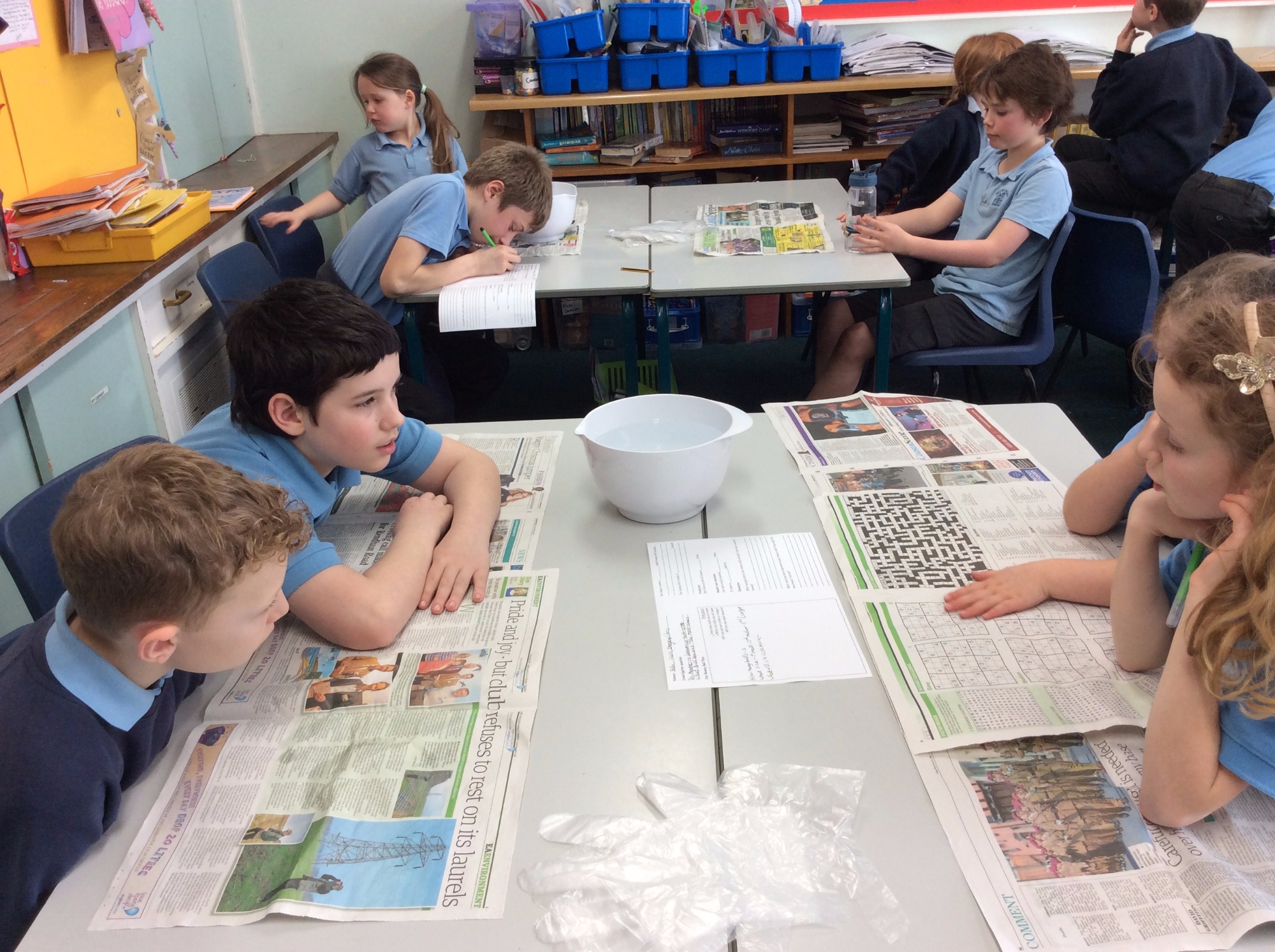 We were also pleased to welcome parents, carers and governors to our sharing assembly Friday where we talked about all our super scientific learning this week. The buzz and excitement from the children has been so endearing, and we are all incredibly excited for science week next year!

In the words of Mrs Robinson... "Science week has been SO MUCH FUN!!"